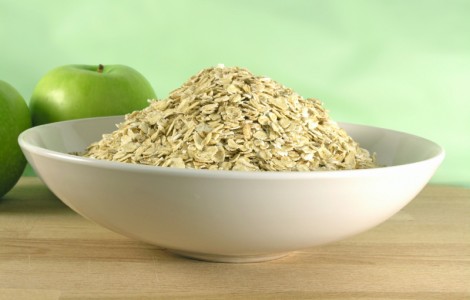 Feb 03 2013
Effects Of Oatmeal On Cholesterol

Effects Of Oatmeal On Cholesterol

Categories: Did You Know | Posted by: Michelle Price 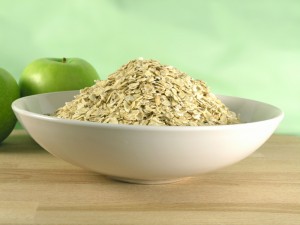 Oatmeal, that sturdy breakfast food from your grandmother’s kitchen, has a lot going for it. Not only is it a fine way to start the day, but it can also really bring down your bad LDL cholesterol levels without lowering your goodcholesterol. The same goes for oat bran, which is in some cereals, baked goods, and other products.

How Do Oats Help?

Oatmeal is full of soluble fiber, which we know lowers LDL levels. Experts aren’t exactly sure how, but they have some ideas. When you digest fiber, it becomes gooey. Researchers think that when it’s in your intestines, it sticks to cholesterol and stops it from being absorbed. So instead of getting that cholesterol into your system — and your arteries — you simply get rid of it as waste

There’s plenty of evidence that eating oatmeal lowers cholesterol levels. It’s such a well-accepted belief that the FDA gave it the status of a “health claim” in 1997. This allows manufacturers to advertise the heart-healthy benefits on boxes of oatmeal and other products.

Getting Oatmeal Into Your Diet

It’s fairly simple to work oatmeal into your meal plan. Start with the obvious: enjoy hot oatmeal in the morning.

“Oatmeal makes a filling, healthy breakfast,” says Ruth Frechman, RD, a spokeswoman for the American Dietetic Association. She suggests that you add bananas or walnuts. If you’re not so keen on hot oatmeal, try a cold cereal that’s made from oat bran.

But oatmeal isn’t only for breakfast. “Ground oatmeal can be added to any food,” Frechman tells WebMD. You can add it to soups and casseroles. You can add some to breadcrumbs when you coat food for cooking. You can also add it to many recipes for baked foods. For instance, the American Dietetic Association suggests swapping one-third of the flour in recipes with quick or old-fashioned oats.

Do keep in mind that not everything with “oatmeal” in the name will be good for you. For instance, some so-called oatmeal cookies might contain very little oatmeal and lots of fat and sugar. So pay attention to the label. Look to see how much soluble fiber is in the ingredients.

How Much Do You Need?

Most adults should get at least 25 grams of fiber a day. But the average Americans only eats about 15 grams of dietary fiber a day. So you should aim to double or triple your intake by consciously adding soluble fiber to foods.

There are 3 grams of soluble fiber in 1.5 cups of oatmeal – enough to lower your cholesterol, according to the American Dietetic Association. It may be a bit much for breakfast, so just add in oatmeal or bran to dishes at other times of the day.